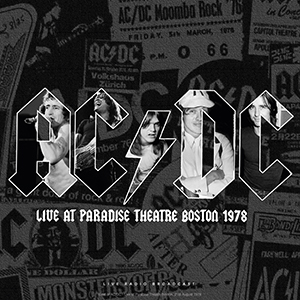 AC/DC is an Australian rock band formed in Sydney in 1973. Their music has been described by music journalists as hard rock, blues rock, and, controversially, heavy metal. The group have defined themselves as “a rock and roll band, nothing more, nothing less”. Live At Paradise Theatre Boston 1978 is a high quality recordings of the live FM broadcast of AC/DC. It was recorded at The Paradise Theatre Boston on August 21st 1978 during a concert of the rock band.