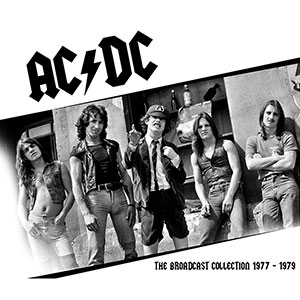 AC/DC’s music has been described by music journalists as hard rock, blues rock, and controversially, heavy metal. The group have defined themselves as “a rock and roll band, nothing more, nothing less.” For us this is a major understatement: They are one of the most influential hard rock bands with a defining sound of rock and metal. This unique collection contains a brilliant performance at Townson State College on October 16th 1979, featuring the classic AC/DC line-up with Bon Scott. The CD-box also includes near perfect sound of The Old Waldorf performance in 1977 with tracks from all their albums to date. Live At Paradise Theatre Boston 1978 is a high quality recording of the live FM broadcast of AC/DC on August 21th 1978 during a concert. And last but not least, a collection of live broadcasting material on disc four Broadcasting Live In The Bon Scott Era 1977 – 1979.