Alice Cooper – Best of Alone in the Nightmare Live 1975 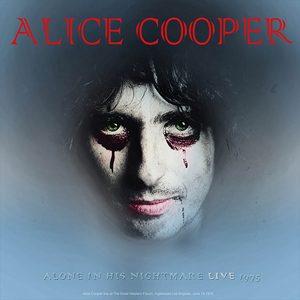 Upon its release in February 1975, Alice Coopers debut solo album (his band of the same name had recently split) “Welcome To My Nightmare” topped album charts around the world, and firmly established Alice as a true star. When the tour reached The Great Western Forum in Inglewood, Los Angeles, on 18th June 1975, the venue not only played host to this theatrical extravaganza, it also acted as HQ for a live broadcast of the evening’s proceedings which would be heard across the United States in superb FM quality for all to hear.

Side B
1. Black Widow
2. Shool’s Out
3. Department Of Youth
4. Only Women Bleed
5. Welcome To My Nightmare (Reprise)