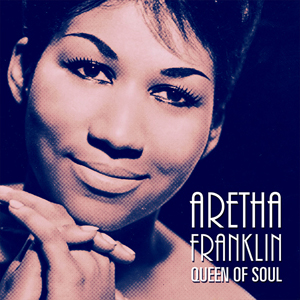 Aretha Franklin was an American singer, songwriter and pianist. Franklin began her career as a child in Detroit. At the age of 18, she embarked on a secular career recording for Columbia Records. However, she achieved only modest success. Franklin found commercial success and acclaim after signing with Atlantic Records in 1966. Songs such as “Respect”, “Chain of Fools”, “Think”, “(You Make Me Feel Like) A Natural Woman”, “I Never Loved a Man (The Way I Love You)”, and “I Say a Little Prayer” were all charting hits. On August 16, 2018 the Queen of Soul passed away.

Side A
1. Try A Little Tenderness
2. I Apologize
3. Operation Heartbreak
4. I’m Wandering
5. I Don’t Know You Anymore
6. I Surrender Dear
7. How Deep Is The Ocean
8. You Made Me Love You

Side B
1. Ac-Cent-Tchu-Ate The Positive
2.I’m Sitting On Top Of The World
3.Today I Sing The Blues
4.That Luck Old Son
5.Without The One You Love
6.Over The Rainbow
7.God Bless The Child