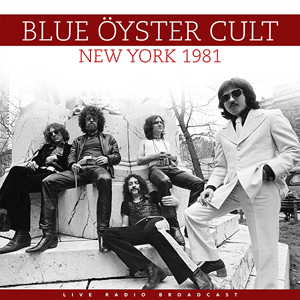 Blue Öyster Cultis an American hard rock band formed on Long Island, New York, in 1967, whose most successful work includes the hard rock songs ”(Don’t Fear) The Reaper”, “Godzilla” and “Burnin’ for You”. Just prior to the release of their 1981 LP, Fire of Unknown Origin (a fierce and very creative release that was too), the band appeared in Times Square’s nightclub, Bond’s International Casino.