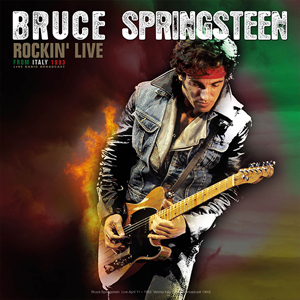 Bruce Springsteen is an American singer-songwriter and is known for his work with the E Street Band. In 1992-1993 he did his first non-E Street Band tour. As part of this tour “The Boss” performed live at Stadio Bentegodi, Verona, Italy on April 11th 1993. This LP and
CD features the best songs of this live performance in Italy.