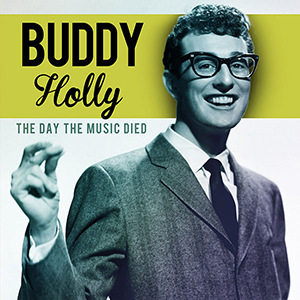 Charles Hardin Holley (1936 – 1959), known as Buddy Holly, was an American musician and singer-songwriter who was a central and pioneering figure of mid-1950s rock and roll. After a show in Iowa, he chartered an airplane to travel to his next show, in Minnesota. Soon after takeoff, the plane crashed, killing Holly, Ritchie Valens, The Big Bopper, and pilot Roger Peterson in a tragedy later referred to as “The Day the Music Died”. This album contains Buddy Holly’s hits between 1957 and 1959.