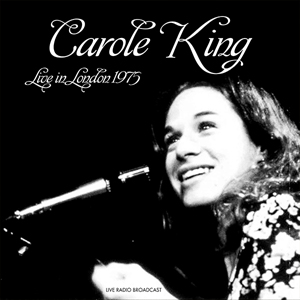 Live radio broadcast of Carole King recorded at the BBC studio’s in London in 1975. Carole King is an American composer and singer-songwriter. She is the most successful female songwriter of the latter half of the 20th century in the USA. King’s career began in the 1960s when she and her first husband, Gerry Goffin, wrote more than two dozen chart hits for numerous artists. King’s success as a performer in her own right did not come until the 1970s, when she sang her own songs, accompanying herself on the piano, in a sereis of albums and concerts.

Side B
1. Smackwater Jack
2. Will You Still Love Me Tomorrow
3. Upon The Roof