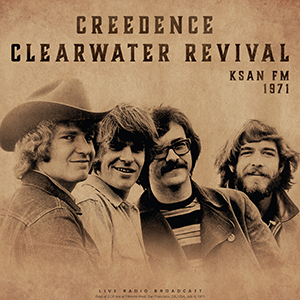 Creedence Clearwater Revival were together for only 4 years, but their impact on music was immense. CCR had a string of hit albums and singles that continued uninterrupted till their break-up in 1972. According to the Rock ‘n Roll Hall of Fame the band became “The standard bearers and foremost celebrants of homegrown American music.” This record is loaded with hits from ‘Bad Moon Rising’ to ‘Fortunate Son’ and of course ‘Proud Mary’.

SIDE A:
1.Born On The Bayou
2.Green River
3.It Came From Out Of The Sky
4.Travelin’ Band
5.Lodi
6.Fortunate Son / Commotion
7.Bad Moon Rising