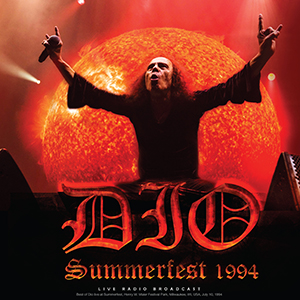 Ronnie James Diois regarded as one of the greatest and most influential heavy metal artists of all time. The band that carries his name was formed in 1982 after Dioleft Black Sabbath. The debut album ‘Holy Diver’ features the hit singles, ‘Rainbow in the Dark’ and ‘Holy Diver’. The heavy metal quintet was not only known for their melodic musical mastership, but also for their over the topstage acts, loaded with props and special effects. Dio’scareer spanned more than 50 years and was cut short when he died of stomach cancer in 2010, aged 67. His legacy lives on onthis record.

SIDE A:
1.Holy Diver
2.Man On The Silver Mountain
3.Heaven And Hell
4.Don’t Talk To Strangers
5.Rainbow In The Dark