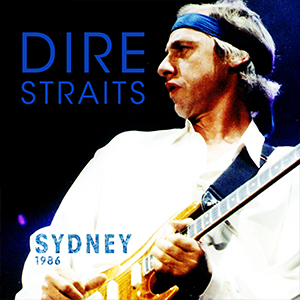 Dire Straits was a British rock band formed in London in 1977 by Mark Knopfler , David Knopfler , John Illsley , and Pick Withers. They were active from 1977 to 1988 and again from 1991 to 1995. Dire Straits’ sound draws from various influences including jazz, folk, and country, and the blues rock of J.J. Cale and Eric Clapton. Their stripped down sound contrasted with punk rock and demonstrated a roots rock influence that emerged from pub rock. This live broadcast album contains the hits ‘Sultans Of Swing’, ‘Money For Nothing’, and ‘Private Investigations’.

Side A:
1. Money For Nothing
2. Your Latest Trick
3. Sultans Of Swing

Side B:
1. Private Investigations
2. Walk Of Life
3. Brothers In Arms