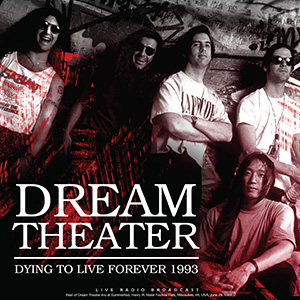 Dream Theater has been referred to as one of the “big three” of the progressive metal genre, responsible for its development and popularization and has sold millions of records worldwide. Touring the band’s highest-selling release ‘Images and Words’, their stop at the world-famous Summerfest music festival in 1993 is considered to beDream Theater at it’s prime. This performance perfectly showcases James LaBrie’sincredible vocal range.

SIDE A:
1. Metropolis Part 1: The Miracle And The Sleeper
2. Under A Glass Moon
3. Status Seeker
4. Take The Time