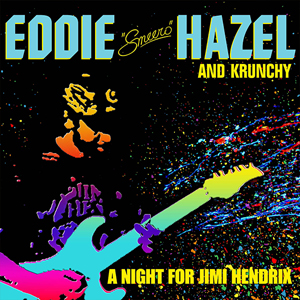 Guitar Player Tracey Singleton a.k.a Spacey T. and the legendary Funkadelic guitar player Eddie Hazel met in de seventies during a recording for the record label Motown. Tracey was a great admirer of Eddie Hazel. At the end of the eighties Tracey and Eddie agreed to do a one-time concert, which was a tribute to Jimi Hendrix. Never before did Eddie Hazel play songs of Jimi Hendrix live.