Elvis Presley – Songs from the Movies 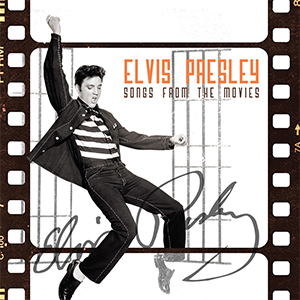 Elvis Presley starred in over 30 movies during his short time on earth. Most of them musicals, accompanied by iconic soundtracks by The King. In the first half of the sixties, three of Presley’s soundtrack albums were ranked number one on the pop charts, and a few of his most popular songs came from his films, such as “Can’t Help Falling in Love” and “Return to Sender”.