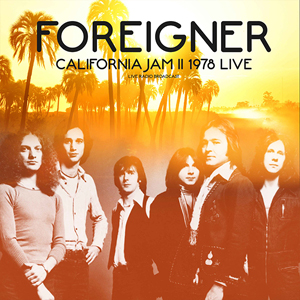 1978 festival recording from Foreigner during the second California Jam festival, held in Ontario, California, attracted more than 350,000 music fans to the site to enjoy sets from numerous bands and artists, all of whom were huge at the time. Foreigner, who had released their debut self-titled album a year before and had been on the road touring throughout 1977 and the beginning of 1978, were the newest act on the bill, but having by the time of the festival had three hit singles from Foreigner with Feels Like The First Time, Cold As Ice and Long, Long Way From Home (all performed here) and with the debut record having stayed in the Billboard Top 20 since release, they were one of the most familiar and at the time most popular acts performing.