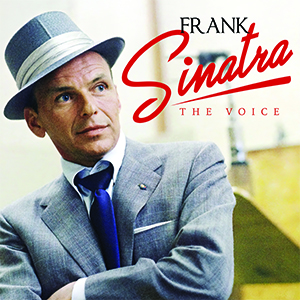 Some call Frank Sinatra the most important musical figure of the 20th century. He quit high school to pursue a career in music. He mainly focused on the great American songbook, which let to a re-discovering of the early 20thcentury songs by the masses and cementing their status as classics. Sinatra scored his first number one hit in 1940 and was still making million-selling recordings 5 decades later. These studio recordings showcase his timeless appeal and feature hits like ‘Come Fly With Me‘, ‘Love And Marriage’ and ‘I’ve Got You Under My Skin’.

1.I’ve Got You Under My Skin
2.On The Sunny Side Of The Street
3.The Lady Is A Tramp
4.Love And Marriage
5.Come Fly With Me
6.Five Minutes More
7.Let’s Fall In Love
8.Everybody Loves Somebody

1.
When You’re Smiling (The Whole World Smiles With You)
2.I Get A Kick Out Of You
3.Let’s Face The Music And Dance
4.(Love Is) The Tender Trap
5.Jeepers Creepers
6.Pennies From Heaven
7.Are You Lonesome Tonight
8.We’ll Meet Again