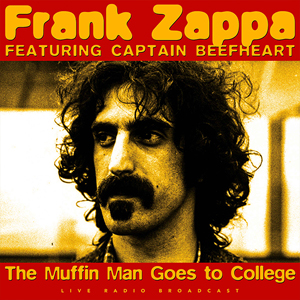 Frank Vincent Zappa was an American musician, composer, activist and filmmaker. His work is characterized by nonconformity, free-form improvisation, sound experiments, musical virtuosity, and satire of American culture. In 1975 Frank Zappa released his album Bongo Fury. It was a collaborative album with Captain Beefheart and they toured together during this year. This album is the best of their live radio broadcast in Rhode Island during this tour.

Side B
1. Penguin In Bondage
2. Willie The Pimp
3. Poofter’s Froth Wyomingplans Ahead