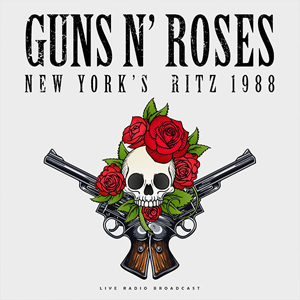 Guns N’ Roses is an American hard rock band from Los Angeles formed in 1985. This band has sold more than 100 million records worldwide, including 45 million units in the United States. This live performance has been recorded at the New York Ritz in 1988. The LP and CD features the best songs from this performance.

Side A
1. Welcome To The Jungle
2. Paradise City
3. My Michelle
4. Patience