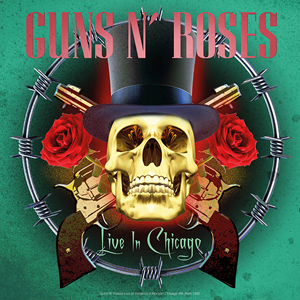 Guns N’ Roses is an American hard rock band from Los Angeles formed in 1985. During their Use Your Illusion tour Guns N’ Roses performed at the Rosemont Horizon in Chicago on April 9th 1992. This live performance can be considered as one of their best performances. The LP and CD features the best songs from this performan-
ce.