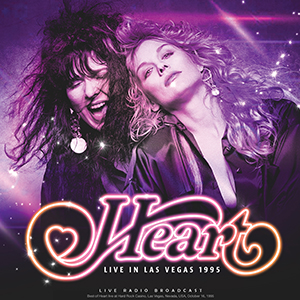 When sisters Ann and Nancy Wilson joined Heart in the mid 70’s, the band soon became known for these two female powerhouses that embody rock ‘n roll. Heart rose to fame with music influenced by hard rock, heavy metal, as well as folk music. They had massive hits such as ‘Barracuda’, ‘Alone’, ‘Magic Man’, ‘Crazy On You’ and ‘All I WannaDo is Make Love to You’, which are all featured on this LP. As a special treat, the sisters don’t shy away from blues classics either.

SIDE B:
1.
All I WannaDo Is Make Love To You
2.The Road Home
3.Barracuda
4.River Deep Mountain High
5.Crazy On You