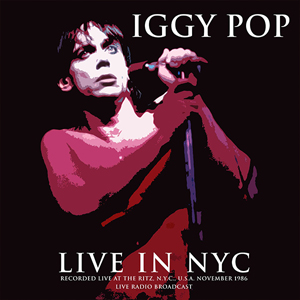 Iggy Pop, designated as the “Godfather of Punk” is an American singer, songwriter, musician, producer and actor. He was the vocalist of influential proto-punk band the Stooges, who reunited in 2003 and is well known for his outrageous and unpredictable stage antics. This album features the best performances of Iggy Pop during the live radio broadcast recorded at The Ritz New York City in 1986.