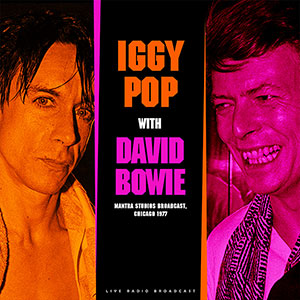 This release, taken from a live radio broadcast of an in-house set recorded at Mantra Studios in Chicago, captures Iggy Pop and David Bowie alongside their touring band; during what was essentially a radio session, but one which captures superbly the essence of the tour they were undertaking at the time.