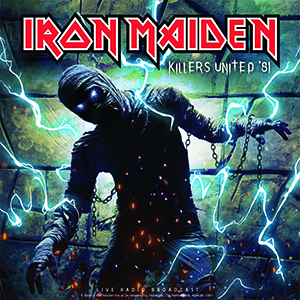 Iron Maiden are pioneers of the new wave of British heavy metal, becoming hugely successful in the early. The band releases a series of UK and US platinum and gold albums, including their 1980 debut album ‘Iron Maiden’ and 1981’s ‘Killers’. This is the band on their first world tour, the last with lead singer Paul Di’Anno,who was kicked out of the band after this tour for his extreme drug abuse. Throughout their career, the band’s style has remained largely unchanged and despite a lack of mainstream radio airplay they have remained consistently popular.