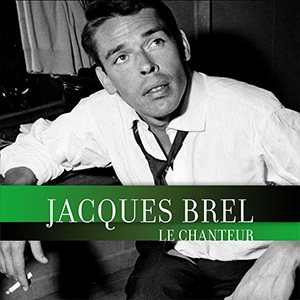 Jacques Brel was a Belgian singer, songwriter, poet, actor and director who composed and performed literate, thoughtful and theatrical songs that generated a large, devoted following – initially in Belgium and France, later throughout the world. Brel is considered a master of the modern chanson. Although he recorded most of his songs in French and occassionally in Dutch, he became an influence on English-speaking songwriters and performers.