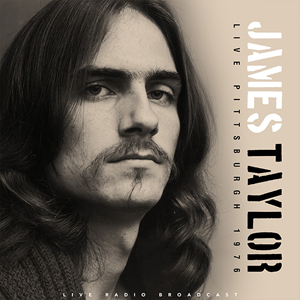 Live radio broadcast recorded at Syria Mosque, Pittsburgh in 1976. This delightful James Taylor concert from 1976, broadcast live in FM stereo from the legendary Syria Mosque in Pittsburgh, admirably displays the cream of the artist’s sublime song-writing abilities in the early-to-mid 1970s, as well as highlighting his skills as one of the most consummate performers around at the time.

Side B
1. Hey Mister
2. Bartenders Blues
3. Carolina In My Mind
4. Secret Of Life
5. Walking Man
6. Everybody Has The Blues