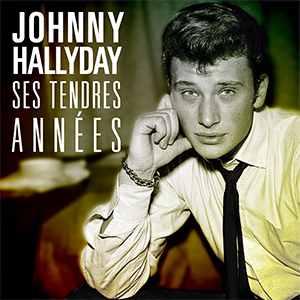 Jean-Philippe Léo Smet, better known by his stage name Johnny Hallyday, was a French rock & roll and pop singer and actor, credited for having brought rock and roll to France. This album is a collection of Johnny’s early sound. Including his cover of “Let’s Twist Again“ (1961). Johnny’s version of the song sold over one million copies and was awarded a gold disc.