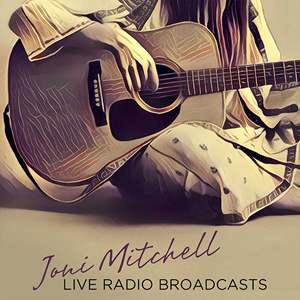 Joni Mitchell is a Canadian singer-songwriter. She may stand as the most important and influential female recording artist of the late 20th century. Drawing from folk, pop, rock and jazz Mitchell’s songs often reflect social and environmental ideals as well as her feelings about romance, confusion, disillusionment and joy. This albums features the best of live radio broadcasts recorded at the Second Fret Club in Philadelphia on 17th November, 1966 & 17th March, 1967 and the Paris Theatre, London on 29th October, 1970.