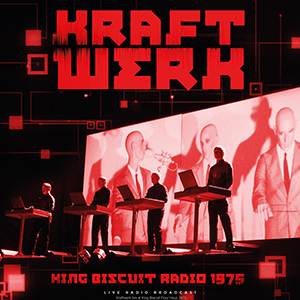 Kraftwerk developed a “robot pop” style that combined electronic music with pop melodies, sparsearrangements, and repetitive rhythms. The band’s work has influenced a diverse range of artists and many
genres of modern music. The year 1975 saw a turning point in Kraftwerk’s live shows, which this record shows, and they are still touring 35 years later. In 2018 they won a Grammy Award for Best Dance/Electronic Album with their live album ‘3-D The Catalogue’.