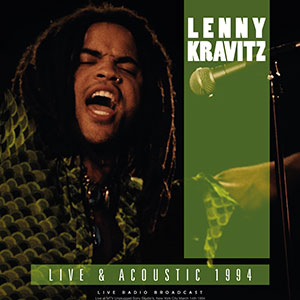 Lenny Kravitz released his début album Let Love Rule in 1989, a combination of rock and funk with a 1960s vibe. Back in 1994 Lenny Kravitz already had 3 well recievedalbums under his belt. All the hit songs from these records sound even more thrilling live. Kravitz infuses his music with elements of rock, soul, funk, psychedelic, pop and R’nB. Destined to be on stage, he gives his all on this album.