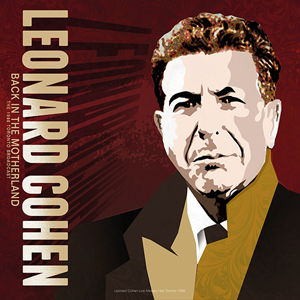 Leonard Cohen was a Canadian singer, songwriter, musician, poet, novelist and painter. By 1988 Leonard Cohen had undergone something of a renaissance in North America. He supported his widely acclaimed and synthesizer-heavy I’m Your Man album with a tour of Europe, the US and his native Canada, where this superb performance broadcast live on CBC Radio, of his release was captured. This LP and CD captures the best of his performance at Live Massey Hall Toronto on November 9th 1988.