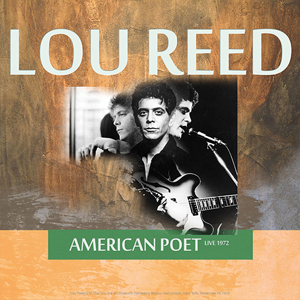 American Poet is an album of an early solo concert by Lou Reed, recorded live at the Hempstead Theatre, New York, on Boxing Day 1972 during the Transformer tour. Since 1989’s New York, Lou Reed has been a politically correct elder statesman of rock. Early on, though, he was the very essence of cutting edge, a time captured perfectly on American Poet. The backing band are the Tots. It features material from that album, the Velvet Underground, and his 1972 solo debut Lou Reed. The version of “Berlin” is from that debut album.