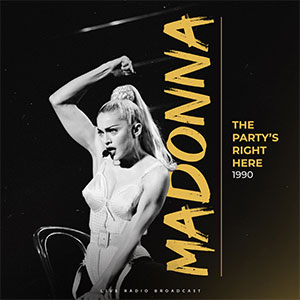 Madonna is an American singer, songwriter, actress, and businesswoman. Since the 1980s, she’s referred to as the Queen of Pop. Madonna is known for pushing the boundaries of songwriting in mainstream popular music and for the imagery she uses onstage and in music videos. Many of Madonna’s songs have reached the top of record charts worldwide, including ‘Like a Prayer’ and ‘Vogue’, which are part of this concert from1990.