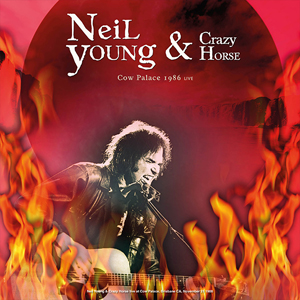 By the time Neil Young played The Cow Palace in San Francisco on the evening of 21st November, 1986 as part of his Live in a Rusted Garage with Crazy Horse tour, he had already released 16 solo albums, three more with Buffalo Springfield and another three with Crosby, Stills & Nash or members thereof. Cow Palace shows that Neil Young was still a force to be reckoned with on the stage, if not in the studio. The iconic Canadian, alongside his regular backing band Crazy Horse, sounds in fine form, whether it’s rattling through the Rolling Stones pastiche “Mr. Soul” and the widely quoted “Hey Hey, My My,“.

Side A
1. Heart Of Gold
2. After The Goldrush
3. Down By The River
4. The Needle And The Damage Done
5. When You Dance, I Can Really Love