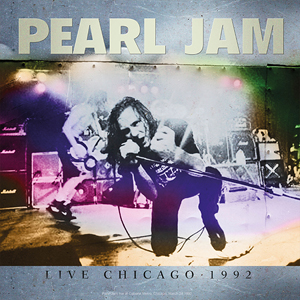 This live radio broadcast was recorded at Cabaret Metro: Chicago, IL on 28th March 1992 as part of the band’s Ten tour. Eddie Vedder is very upbeat throughout the show and modifies the ‘’Release’’ lyrics to ‘’I am myself in this in your hometown’’, likely referring to his father’s hometown; Chicago. Members of U2 were at the show on this night, sizing Pearl Jam up as possible tour openers in Europe and they met up with the band after the show.
The Pearl Jam group, which was founded in 1990 in the USA, are considered one of the most popular rock bands of the 1990s.