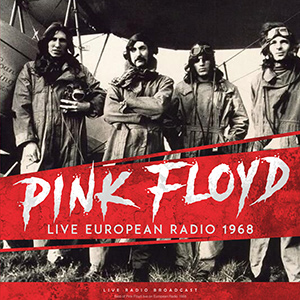 Pink Floyd was one of the first British psychedelia groups, unconstrained by conventional pop formats, they were innovators of progressive rock. Their innovativesound effects and the groundbreaking guitarplaying of David Gilmour, rapedly captured audiences. In 1968 the band toured the world for almost an entire year, the highlights are captured on this record.

SIDE A:
1. Murderotic Woman (Careful With That Axe, Eugene)
2. The Massed Gadgets Of Hercules (A Saucerful Of Secrets)
3. Let There Be More Light (1)
4. Julia Dream
5. Astronomy Domine (1)
6. Set The Controls For The Heart Of The Sun (2)