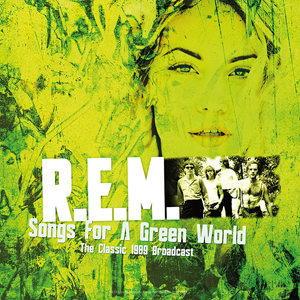 R.E.M was an American Rock Band from the state Georgia, that was formed in 1980. Late 90’s R.E.M was making the transition from underground cult to mainstream phenomena. On April 30th 1989 they played at Orlando Arena Florida during their Green World Tour. This LP and CD features the best of this live broadcast.

Side A
1. Pop Song ‘89
2. Exhuming McCarthy
3. Welcome To The Occupation
4. Disturbance At Heron House
5. Turn You Inside Out
6. Orange Crush
7. Stand