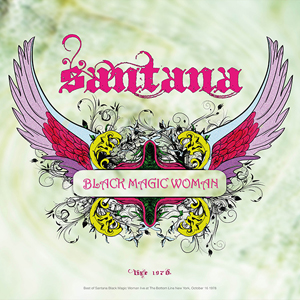 Following the huge commercial success of 1977s Moonflower, and basking in the spiritual guidance of his guru Sri Chinmoy, Carlos Santana was on a roll in 1978. This superb live set was taped at New York’s legendary Bottom Line club shortly after the release of his Inner Secrets LP, and was broadcasted live on the city’s WNEW-FM, as well as Philadelphia’s WMMR-FM. Introduced by Bill Graham, it captures him on characteristically fiery form, and is presented here with background notes and images.