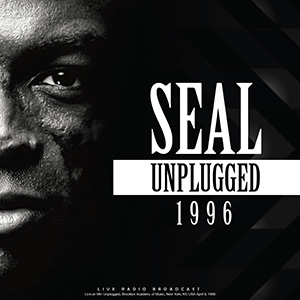 Seal emerged from Englandshouse music scene in the 90’s to become the most popular British soul vocalist of that decade. His first few albums quickly turned platinum, got awarded with Grammy Awards and made Seal not only a star in his UK homeland, but in the US as well. Known for his distinctive fusion of soul, folk, pop, dance and rock, this record features the singer in a more intimate, acoustic setting, performing his hit songs ‘Kiss From a Rose’, ‘Crazy’, the David Bowie cover ‘Quicksand’ and many more.