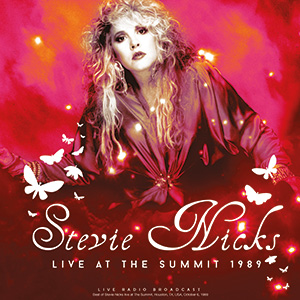 This iconic member of hit machine ‘Fleetwood Mac’ also has a long, successful solo career. In 1989 Stevie Nicks supported the release of her fourth album ‘The Other Side of the Mirror’ with a world tour, her first, and thus far only, solo tour of Europe and the UK. The Other Side of the Mirror became Nicks’ highest charting solo album there and was certified gold in the UK. This record also features her Fleetwood Mac hits ‘Gold Dust Woman’ and ‘Dreams’ and Stevies’ssolo smash hit ‘Edge Of Seventeen’.