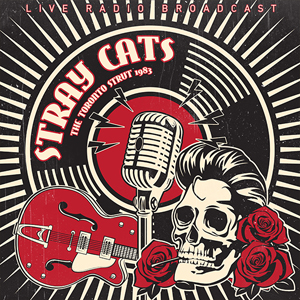 Although initially a phenomenon in the UK, parts of Europe, Japan and Australia, it was not until the release in 1982 of Built For Speed that earned them the huge recognition and success that was to follow. Heavy rotation on the then newly formed MTV music channel drove the message home to American audiences and it wasn’t long before their US debut hit the number two spot on the billboard chart and, over the following 18 months, sold in excess of two million copies making it, ironically, their best selling record of all. Regular touring in North America now became essential and it was on one such tour that the Cats first live broadcast was aired. The show in question was played at Massey Hall in Toronto and was broadcast live on both radio and TV. This album features the best of this performance.