Supertramp- Concert of the Century Live in London 1975 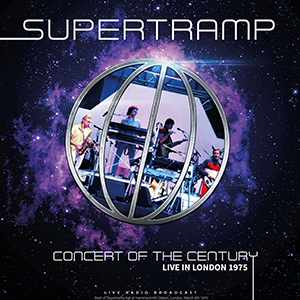 Supertramp initially was a prog-rock group, but starting with their third album Crime of the Century (1974), they maintained a more pop-oriented sound, marked by the individual songwriting of founder Roger Hodgson.
This record captures a moment in time, the bands biggest songs performed with unforgettable ease and excitement, with smash hits like: ‘School’, ‘Dreamer’ and ‘Bloody Well Right’.

SIDE B:
1. Dreamer
2. Sister Moonshine
3. Just A Normal Day
4. If Everyone Was Listening
5. Crime Of The Century