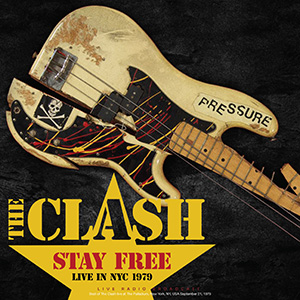 The Clash were an English rock band formed in London in 1976 and true pioneers of British punk rock. Compared to The Sex Pistols, the punk of The Clash was more musically adventurous, expanding its hard rock & roll with reggae, dub, and rockabilly among other roots music.
After only 10 years, the band called it quits in 1986, but their legacy lives on till this day. Recording while touring the United Stated, this record features the hit song ‘London Calling’ and many more musical highlights.