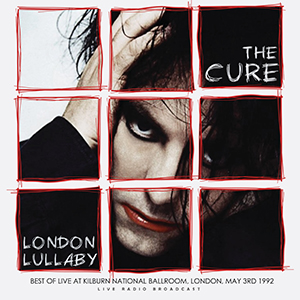 The Cure is one of the most influential and versatile bands out there. They were at the birth of goth rock and their egdy, gloomy songs captured a wide audience. After the release of their 1992 album ‘Wish’, the band led by Robert Smith had cemented itself not only in the alternative rock scene, but the pop scene with the smash hit ‘Friday I’m in Love’. This record documents their following world tour at a stop in London and features the hit songs: ‘Boy’s Don’t Cry’, ‘Lullaby’, ‘Just like Heaven’, ‘Friday I’m in Love’ and many fan favorites.