The Runaways – The Agora Cleveland 1976 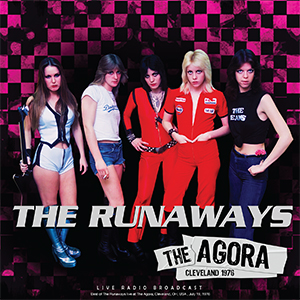 Their ‘Cherry Bomb’ hit the world in 1976 and still considered the ultimate rebel-girl anthem. This group of teen girls were dismissed as a marketing stunt in the early days, but
The Runaways have grown in stature over the years as the first all-female band known to play loud, straight-up, guitar-driven rock & roll. They paved the way for female artists to rock as hard as the boys. After their 1979 break-up guitarist Lita Ford had a successful glam metal solo career, while Joan Jett became a superstar, singing her many hit songs all over the world to this day.