Thin Lizzy – The Boys are Back Live in Chicago 1976 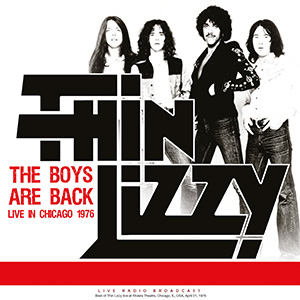 Thin Lizzy are a hard rock band formed in Dublin, Ireland, in
1969, notorious for their twin guitar sound that would lead the
band towards their greatest successes. The band was fronted
by Phil Lynott who composed almost all of the band’s songs,
and was the first black Irishman to achieve commercial
success in the field of rock music. This is the band touring the
States after their huge breakthrough record ‘Jailbreak’ and
features their own spin on Bob Seger’s ‘Rosalie’ and the
worldwide hit ‘The Boys Are Back In Town’.