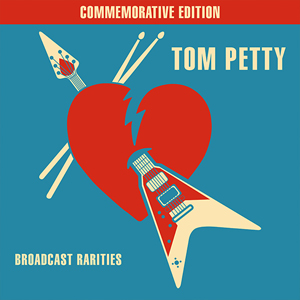 Thomas Earl Petty (October 20, 1950 – October 2, 2017) was an American singer-songwriter, multi- instrumentalist, record producer, and actor. Petty served as the lead singer of Tom Petty and the Heartbreakers. He was also a member and co-founder of the late
1980s supergroup the Traveling Wilburys, and his early band Mudcrutch. But Tom Petty was also very successful as a solo artist. This LP features his best live radio broadcast songs.

Side B
1. Even The Losers
2. Spike
3. Across The Borderline
4. Mr. Tambourine Man