This month we will be releasing four new vinyl records by four amazing artist. The release date will be on Feburary 11th 2021.

On that day we will release the ‘Boston FM May 1983’ record of non other than the legendary Irish band U2 .A band who has sold over 170 million albums and won 22 Grammy Awards. The second vinyl is that of Simon & Garfunkel ‘Back in the Big Apple 1993’. The most successful folk-rock duo of the 60’s with on the record their hit songs ‘The Sound of Silence; and ‘Mrs Robinson’.

We are also releasing a Vinyl record of Eric Clapton ‘Live in Tokyo 1988’ with guest appearances of non other than Mark Knopfler and Sir Elton John. The fourth record we will be releasing on Vinyl next month is the final night of The Who’s 1970 tour. ‘Tommy at Tanglewood 1970′. A legendary concert by the British rock band. 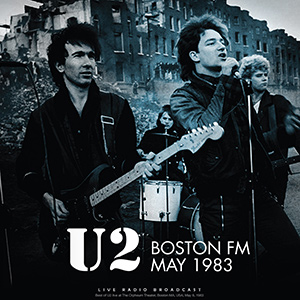 U2 till this day is regarded as one the best live bands on the planet. This LP documents a stop on their successful ‘War Tour’, that took the Irish band all over the world and established their reputation as an exceptional live act. ‘War’ is U2’s third record and first overtly political album, reflecting on the world at war in songs like ‘40’, New Year’s Day and ‘Sunday Bloody Sunday’. 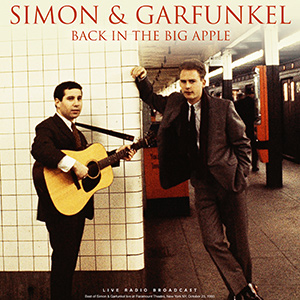 Simon & Garfunkel are ‘Homeward Bound’ and return to the place where it all started: New York City. After their solo carreers the duo goes back on tour together in 1993 to perform their biggest hits. This was recorded at Paramount Theatre in New York and features ‘Mrs Robinson’, ‘The Boxer’, ‘The Sound Of Silence’, ‘Bridge Over Troubled Water’ and many more legendary songs. 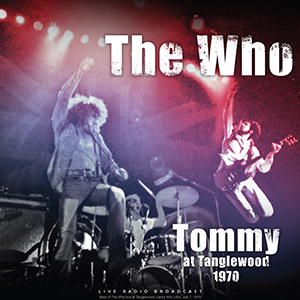 The final night of their 1970 tour takes The Who to Tanglewood, as part of an extraordinary series of concerts at this renowned classical music venue. Credited with originating the “rock opera“ the British band plays ‘Tommy’ one last time for their American audience. ‘Tommy’ raised The Who’s profile to stratospheric proportions, they are one of the most influential rock bands of the 20th century. 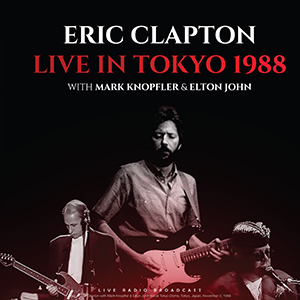 Eric Clapton is celebrating his 25th anniversary with this concert and he invited two of his legendary friends: Mark Knopfler and Elton John. Together they play their biggest hits, with the renowned guitarists providing riviting solo’s on many of the songs. Eric Clapton is ofcourse the ringleader of this show and plays beautiful renditions of his hit songs ‘Layla’, ‘I Shot The Sheriff’ and
‘Wonderful Tonight’. A one-of-a-kind experience now on vinyl.